At the core of our program is a professional and experienced staff.  All of our coaches are USSA certified Alpine Coaches and many are also USSA Alpine Officials.  As you can also see below, many of our coaches are former Attitash Race Team athletes returning to the program that they loved as a youth, maintaining a team culture that spans decades. 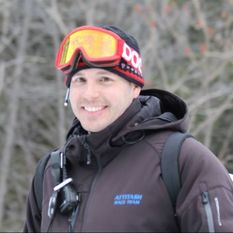 Matt has coached with AAEF for more than a decade, but back when the skis were long and narrow and the neon bright, Matt raced for the Attitash Race Team as a J5, J4, and J3. He then went on to race with the Mount Washington Valley Ski Team as a J2 and with his high school team. At St. Lawrence University, Matt temporarily put ski competion aside to be a member of the cross country and track team.

After college, Matt began his coaching career with two seasons at Black Mountain, followed by a one year stint at Bretton Woods. Matt has been with AAEF for more than a decade and has coached all of the age groups at one time or another during his tenure.

In the off-season, when he's not planning his next ski moves, Matt enjoys hiking in the White Mountains, training for road races - from 5k's to marathons, playing ultimate Frisbee in the metro Boston area, or watching the Red Sox..."where 'watching' includes freaking out when they lose, debating starting rotations, lineups, and roster moves for hours upon hours with friends, and going to Fenway to catch a few games". 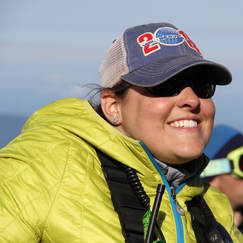 Amber first snapped into a pair of bindings when she was two years old and soon starting racing when "just skiing around the mountain got boring". At six years old, she joined the Gunstock Ski Team and raced as a J5, J4, and J3 - eventually racing four years at Plymouth State College. She has also been a ski instructor and even spent two seasons in Germany teaching military personnel how to ski.

With over ten years with the Attitash Race Team, Amber serves as the U10 head coach. She has also coached several high school teams. She is also a dedicated Special Olympics volunteer, working with their alpine events for more than 15 years.

When she's not on skis, Amber still loves the mountains -- hiking and camping anywhere in the White Mountains. "I love to spend my summers relaxing at the lake with my son and husband."

Amber's favorite quote: "The mountains are calling and I must go." - John Muir 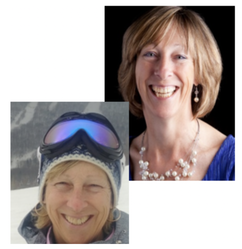 Former Professor at Plymouth State University as Director of the Graduate Athletic Trainer Educational Program and Professor in the Department of Physical Therapy.

Current Program Director at the University of Massachusetts, Lowell.

Margie has multiple advanced degrees and published research regarding wellness for athletes looking for ultimate performance. She has presented regionally, national and internationally. She has worked with a spectrum of orthopedic and sports medicine clients ranging from general orthopedics, collegiate athletes, PSIA members and elite athletes through the USOC. 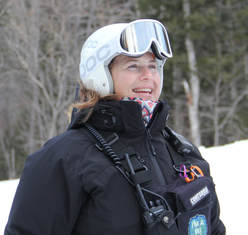 Chris took her first "official" turns at Attitash when she was 4 years old. Her parents weren't skiers but thought it would be cute to put her on skis.  Chris refused to go in after her first lesson so her mom decided to learn to ski so she has someone to ski with. While her first days on snow were at Attitash she grew up skiing down the road at Cranmore.  After high school Chris went to Plymouth State where she worked at Waterville Valley both in the ski school and with the BBTS pre-race program.  After college Chris landed a job at Burke Mountain Academy an intern athletic trainer. While at Burke she also got the chance to coach some of the best ski racers in the country, mainly working with the athlete's rehabilitating from injuries and as an intern coach.  Chris then spent some time as the athletic trainer and ski coach at the New Hampton School.

After several seasons at New Hampton, she decided to go to nursing school and then returned to Cranmore where she spent more than 10 seasons coaching a variety of age groups before joining AAEF as the U12 head coach. Chris lives in Massachusetts with her two young sons, both of whom already share her love of skiing and can't wait for the day they get to join the team! 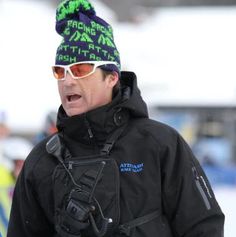 Bodie is a Bartlett resident with family roots to Attitash's founding. Following his own successful racing career, he coached for AAEF, Bretton Woods, and several colleges such as Dartmouth, Plymouth State, Sierra Nevada, and Westminster in UT. He's worked with youth racers at all levels of development, including those at a very high level such as NORAM's, Europa Cup, and even some that have skied World Cup.

After taking a few years leave from coaching, he's been back with AAEF in full force for several seasons. Not only does he know our program and Attitash well, Bodie brings great first-hand knowledge of racing's institutions and athlete progression. 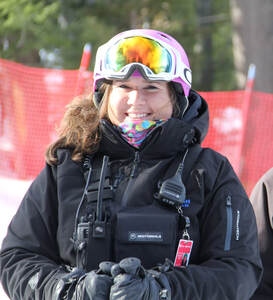 Kate grew up in the Lakes Region of NH, where she first learned to ski at the age of 3. As a child, she always looked forward to that first snow because it meant ski season was on its way! As she progressed, she ski raced in high school and then moved on to racing for Morrisville State College.

She first found her love for instructing at King Pine when she was a teen, and has been instructing ever since. Kate was a RAD coach for Attitash Mountain Resort for many years before joining AAEF five seasons ago. Over the years she has held certifications through PSIA.

Kate enjoys sharing her passion of skiing with young skiers, helping to create a solid technical foundation through games and fun drills to ensure that they become skiers for life.  If you asked the skiers whom Kate has coached, they would say that even in the hardest of ski days, Kate provided endless laughs and smiles that helped them push through.

During the off season you can find her hiking the mountains of NH or spending time on Lake Winnipesaukee.

At an early age, Kevin learned to ski on a rope tow at a private hill owned by Lowell Thomas and was  initially inspired by his first ski instructor, the legendary Toni Matt. Kevin went on to become captain of his high school ski team at Trinity Pawling School in Pawling, New York.

Kevin moved to New Hampshire in the late 1970s and landed his first alpine coaching job with the Attitash Race Team during its inaugural year. Years later and inspired by a friend who became a champion racer, Clarke left Attitash to become the technical coach for the U.S. Disabled Ski Team, which he calls one of the most rewarding experiences of his life.

Coach Clark competed on the U. S. Pro Ski Tour in the 1980s and later became the Operations Director, followed by the Tour Announcer, a position he still holds today.  Before returning to coach the Attitash race team, he spent seven years as the Assistant Alpine Ski coach at Fryeburg Academy in Maine. Now in his fifth season back at Attitash, Coach Clarke leads the U-16 group and is a critical member of the AAEF coaching staff.

"Clarkie" brings a wealth of on- and off-hill insight to his racers and is the official smooth radio voice of the Attitash Race Team. 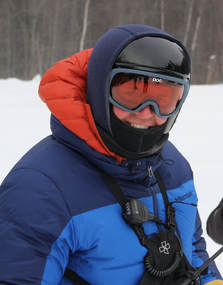 Coach Steve grew up in Danvers, MA and started skiing at the age of five. He began working at Attitash Mountain when he was 14, coaching young seasonal mountaineers, and subsequently helped Doug Avery start the RAD program in the early 90's.

Steve graduated from Salem State, joined the U.S. Army, and served in Bosnia.  He worked for six years as a corrections officer with the Essex County Sheriff's Department, before becoming a Peabody firefighter for last 21 years where he is currently a Lieutenant.

In 2015, Coach Steve joined the Attitash Race Team coaching staff to help launch their new U8 program. Here he has coached U8, U10, and U12 age groups - and is currently a U12 Coach with a level 100 certification.

Steve lives in Massachusetts with his wife Patrice - whom he skied with growing up at Attitash - and they have a U12 son on the race team.

Coach Steve is well known for his incredibly calm demeanor, patience, and sense of humor which benefits our skiers tremendously as they progress through the different age groups. 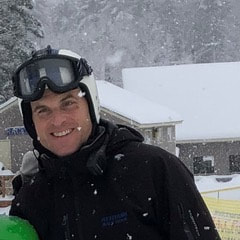 Seth started skiing at the age of 2 and very quickly came to love the family Nastar challenge.  At age 8 Seth’s dad convinced him to try his first big race, the Stan and Dan New Year’s Day Race.  After the Snickers bar bribery at the top of the course about half way down the smile emerged and by the finish line Seth was hooked on racing.

Seth grew up in NY and raced out of a small mountain called Big Birch (Now Thunder Ridge).  The holiday weeks and long weekends allowed him to travel up to NH where he would train at times with the Attitash Race Team and later MWV Ski Team.  In college, Seth captained the Tufts Ski Team and after graduation began his coaching career by coaching the Tufts Ski Team for a few years.

Seth’s love of skiing and ski racing has never wavered.  After 20+ years you can still find him racing on Monday nights in Nashoba Valleys Adult Team Racing series.  Seth is now thrilled to give back to the sport he loves by joining the coaching staff at Attitash. 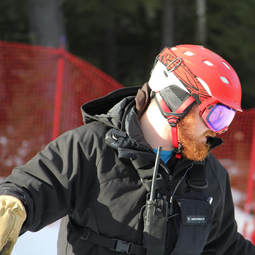 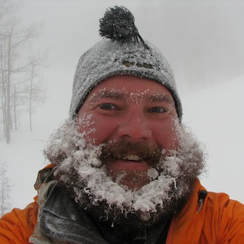 Jeremiah is a true gear junkie with unparalleled knowledge and expertise. Athletes and parents alike depend on his knowledge of snow and equipment maintenance. Jeremiah boasts 30 years in the ski industry and his resume is beyond compare. His experience as a skier, ski technician, ski shop owner, ski race coach, and ski equipment tester provide him with multiple valuable perspectives.